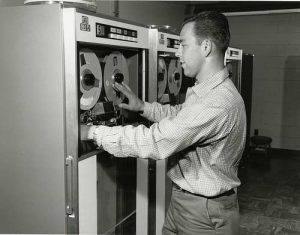 I live in Southern California and so original Disneyland is very accessible, as long as I can scrape up the insane $120 admission fee, to me. On a recent trip to the old mouse lair I decided to visit The Enchanted Tiki Room. The Tiki Room isn’t a ride, it’s a show, it’s an animatronic show. At some point in the 50’s or 60’s that racist dreamer Walt Disney decided that there weren’t enough performing robots in the world, I don’t think there were any before he thought of creating them, so he used his vast wealth to make a bunch. Some of you may cringe at my pointing out that Walt was a racist. Sorry to disappoint ya’ll, but he was and it’s made fairly clear in most of his creations. It’s okay that he was racist, to judge him by todays standards would be anachronistic. There is no doubt that he was a visionary, in spite of his obvious feelings of white superiority. Anyhow, that’s all a subject for sociologists and race scholars and I am neither.

After my visit to Disneyland I started to wonder about what the hell kind of computers these guys used to make all the rides, and the Tiki Room, do all the animatronic crap that they did at a time when transistors were relatively new (maybe like 20 years old), and the microprocessor was still a few years away. Well it turns out that to make these advanced rides, or shows like the Tiki Room, work with all the animatronic goodness of a Disneyland experience it took a room full of computer. That’s right COMPUTER, one computer that took up a very big room. You could hook up a $40 Arduino that fits in your palm to the Tiki Room now and probably get that crap to work, but back then it took a room full of computer.

There’s a spattering of information out there about the engineering that went into the computers of Disneyland, but it’s fairly few and far between. I have to imagine that it has to do with the general public’s apathy toward our computer heritage and the fact that The Mouse keeps a tight reign on his IP (Intellectual Property). I found a great article on the subject of Disney animatronics that you can read HERE.  It tells a lot more about the nature of the audio animatronics, how they were originally developed by NASA, yada yada…

I think all you retro computer heads, and curious bystanders, should watch the five minute clip below and see the magic of the original Tiki Room computer in a room. As an added bonus you get the Tiki computer room tour narrated by Jose, the star of the Tiki Room and SUPER racist depiction of a Mexican accent. Take note of how Jose doesn’t make complete sentences and speaks like a cave person. You also get to meet Julie, the representative of Disneyland who would NEVER be allowed by papa Walt to date a Mexican.

Today the Tiki Room is run by a new computer system–probably some sort of high end PLC (Programable Logic Controller) with truckloads of I/O and built in relays. The whole thing is probably the size of a dishwasher–bigger than the palm sized Arduino but also more reliable in the long run, after all the Tiki Room has to run all day for how ever many days Disneyland is open. Also, today we can identify and laugh at how freaking racist Walt’s great white vision was and even learn from it, or at least laugh at it a little. Enjoy the show!

← How I imagined the future when I was ten years old.
The Worst TV Game I’ve ever owned… →