How they sold us Nintendo after the crash of 83 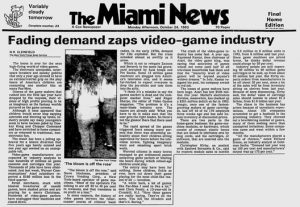 There’s probably a lot of theories and opinions out there about all the nuances of 83, but it’s hard to dispute what ended it… Nintendo. Not just any Nintendo, the Nintendo Entertainment System.

I think there was a lot of fear in the video game industry due to 83. Companies didn’t want to take a risk on video game systems while Atari 2600’s were being blown out for $50 at Thrifty Drug, and Toys R Us was selling games for $5 with a $5 rebate. Nope, things were pretty grim. But what I think they missed is that the enthusiasm of young gamers like myself at the time was not waining in the least, we just wanted something better, something new. 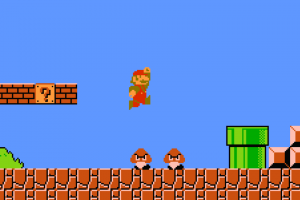 Besides the amazing graphics and arcade experience NES came with a Robot and a light gun. Now I never got the robot because I bought an NES later when they started offering the core, but if you got an NES in 85 you got a light gun and a robot. I think the light gun was probably a lot more fun than the robot, but it was a robot so you just wanted it because it was a robot. Neither one of those accessories translated into long term gaming trends–do you use a light gun or a robot on any of your modern video games? If you do please send me a link to where I get that game. However, the robot and the gun were marketing hooks that sold NES systems and by extension NES games. 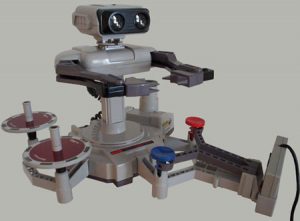 That’s how Nintendo ended up dominating the video game world, with a robot and a gun. I mean I guess if you have a robot and a gun you’re ahead of any game, but the folks at Nintendo understood what it was that we kids wanted and they delivered. That’s what business is all about, figure out your target market and serve them a heaping pile of what it is they want. Nintendo solved the problem of not having a system that was as good as the arcade and it included a gun and a robot that solved the problem of wanting something different. It worked, they sold a zillion of um. 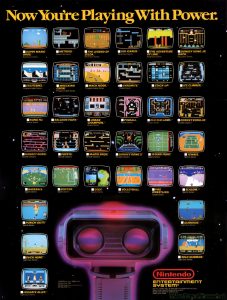 Today the video game market is a lot different. I don’t pretend to understand what the kids want now, I just know they want things I couldn’t even imaging when I was a kid and it’s all because Nintendo figured out how to sell video games at a time when just about everyone else had given up on them. That’s what marketing is all about baby.