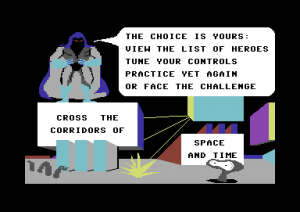 I was an adult before Amazon destroyed bookstores, and as a kid the only place you could get books was in… Bookstores. Back then bookstores were more than bookstores, you could also buy software and even, my favorite, GAMES!

Most of the games I purchased (I got my mom or dad to purchase for me) were procured at Toy’s ‘R’ Us (RIP), Software Etc, or, * drumroll * … Bookstores. One bookstore that had a decent selection of C64 games was Waldenbooks. And it was at my local Waldenbooks (in 1987) that I convinced my mother to buy me Deceptor. I recall how excited I was when I saw this game on the shelf, mostly because the graphics depicted on the back made it look pretty awesome. Full color “3D”, or as 3D as things got on a C64. And it is pretty awesome. It’s super freaking hard, but it’s awesome. How hard? As a kid I don’t think I ever got past the second level. Today of corse I’ve played it on a C64 emulator with full cheats enabled and seen the game to the end; however, as a kid I never got too far with this game. That was actually the case with almost all of my games, not because I didn’t want to finish them but because I had other interests besides games. Skateboarding, biking, running around the neighborhood, and so on were all things I did in addition to playing video games. I grew up in a time when kids went outside to play and a lot of phones still had dials. I don’t think I ever finished any of my C64 games, but back to Deceptor… 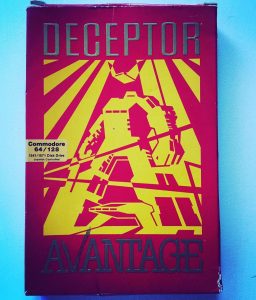 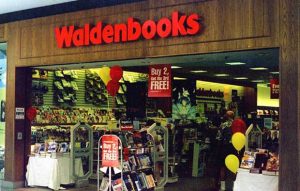 I won’t mince words, Deceptor is a weird game. It’s a maze game with shooting at the end of each level. I think whoever created this game was hopped up on goofballs or something because it’s totally bizarre as far as the artwork goes. Even the gameplay is a little wonky. It’s got some fresh music and a cool intro too. It’s not hard to try it out on your favorite C64 emulator, so I definitely recommend giving it a go.

← Did you ever play Rags to Riches?
Random NES Pick From The Pile – Urban Champion →